Navi’s on the phone to me. “Right, the boat leaves at two pm, but you need to be there by one thirty”. “One thirty”!!! I’ve suddenly slipped into the accelerated Junglist time warp. Saturday 11am my carer arrives. You should see the wilting look on his face, when he hears, “Ron I’ve gotta be outta here in ninety minutes”! Into the bathroom for the three Ss, leaving the house promising Kate, “I’ll grab a sandwich from Pret’s… honest”.

It’s a blazing hot June Saturday. The cab I called hasn’t arrived, so I wait for the bus, which arrives late because of an accident in Wood Green. I should call Dugsy and say, “I’m gutted mate. I ain’t gonna make it” and slope back home. But I can’t abandon hope. “Keep the faith” I whisper to myself. On the 123 bus, I’m doing my Buddhist ‘Nam myoho renge kyo’ chanting under my breath as the bus sticks in a horrendous traffic jam. London Councils are closing the back streets for reasons of climate change. But they’re increasing emissions on the main roads. Don’t speak to “And another fing” cab drivers about this subject, unless you have a lifetime to waste.

I hit Tottenham Hale, dashing onto a train. My heart’s pounding as the driver says, “This train is being held at this stop, to regulate the service”. Reach King’s Cross, take four packed lifts and a crowded interchange tunnel to grab a taxi and… There’s a massive queue. That’ll be down to the two ambulances parked in the cab bay. So I dash across to the Scala, sticking my arm out, only to have yet another empty cab sail by. “Cha”! I shout, reminded that I’m black and disabled. Desperate and crestfallen I call Navi and text Uncle Dugs to say, like they do in the movies, “Just go… Leave me! Save yourselves. I’m done for”!.. But instead type, “Sorry I tried. I’m not gonna make it”. Navi’s still saying, “Keep trying. You’re gonna reach before me. I can’t find any parking”. Somewhat forlorn I head back to the cab rank. Would you believe it? No sooner has the young mixed race driver hit the gas, and we’re racing towards the Thames, that he asks, “So what music you into”? “Jungle Drum & Bass”. “Do Ya”?! His wide eyes shine in the rear view mirror. “I Love it! Love it! Love it”!!!

The driver and me reach the Quay. Bless Dugsy and Sarah have stopped the good ship Salient from sailing. The boat’s comfortably rammed. With MC Moose spinning vinyl Soul and Rare Grooves on the top, and us Jungling it up bellow decks, the Salient’s like a regular land-loving club. All Aboard! 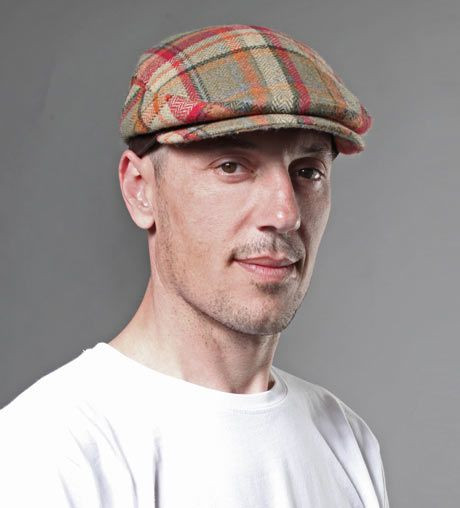 ‘Vibena Jungle ~ We Live As One Family’ say our green fluorescent wrist bands. The thing about Vibena is that, you’re guaranteed to have a good time, each and every time. Many of the same devotees are always there. We’re a slightly more mature crowd, happily growing up disgracefully.

With the decks in the bow of the boat, Nev blasts her horn. Navi spits bars. A beautifully tanned Caroline Unique bubbles and boggles. My friend Lucy shouts, “What you drinking”? “Double whisky and coke”. Next to her, the woman with immaculate tightly cropped turquoise hair, pink perspex alien head earrings and pink DMs, rocks in the rhythms. Between the bodies wearing #RCFF and Vibena tee shirts, Greg All Crews spuds me a greeting. I recognise Andy formally known as Big One, from way back to ‘95, Jungle Fever days. He’s way slimmer now, just like Mampi Swift he’s no longer mampi. Andy’s mopping his brow, moving with his crew of fifteen Dagenham mates. By the decks a group of beautifully youthful girls in their late teens, their blonde hair wafting, smile softly, dancing intensely. The next generation is here. Everybody sing cos we don’t give a damn about a thing…

What a fantastic day to sail down the Thames, the ancient river which unites and divides us Londoners. The glistening Millennium Wheel turns imperceptibly. The golden Palace of Westminster shines on the North bank. Just outta sight is Club Downing Street, where DJ Johnson hosted wicked weekly lockdown raves. MC Grey spits her uncompromising lyrics, keeping it real. Back on our boat DJ Jamie G gives way to Uncle Dugs, who feeds the notes of All Crews Muss Big Up into his mix. I catch his eyes, smiling in appreciation.

Today’s trip’s dedicated to Paul Collins, a regular who’s departed for that great big gig in the sky. A collection bucket circulates, filling with nuff notes. Steaming West we pass the through the valley of spies, with MI5 on one side and the citadel that is MI6 on the other. Sunlight dances on the river. Sound waves greet the water’s waves, Dugs’ beats pulse across the mixer. The notes of Pink Floyd’s Shine On You Crazy Diamond are reborn becoming Sing Time, fly as we float by those iconic chimneys of the freshly refurbished Battersea Power Station. The Salient turns and heads back down the river, seeing the sights Londoners have nicknamed the Cheese Grater, the Gherkin, the Walkie Talkie, the Shard, the Wobbly Bridge. On London Bridge and Tower Bridge, pedestrians wave at our floating jamboree. Warhead plays as we glide by HMS Belfast. Tourists on another boat don’t know what to make of us. Others point, wave and laugh, wishing we were all literally in the same boat.

After MCs Boxer Banton and Fearless words come flowing, Shabba D grabs up da mic, and the crowd shouts his lyrics in unison. It’s getting hot up in here! Could there be a better way to see London, this great city of ours? It’s The Way sings from the speakers in agreement. Drifting slowly for the shore to moor, something tells us, we know we’ll be back for more.