Club-wise I’ve been lucky enough to have been in exactly in the right place at exactly the right time. Back in Summer ’88, someone thrust a flyer in my hand, which, after calling a number repeatedly and finally getting the directions, lead me to raving in a field at Sunrise.

Some other whispers led me to a warehouse in Smithfield market where Fabric now stands. It was a mad summer’s night driving around The City of London where warehouse raves proliferated. You could just listen for the sound of music and find the next party. The whispers spoke of one warehouse. I showed up early enough to see some crew jemmy the locks, spark up the place, drag in equipment and let rip.

It was an amazing time. Doing that rave dance with your arms, outside the back door with dawn melting into day, trains on the District & Circle lines started to roll. Oh what fun we had. The thing was, hardly anyone lived around Smithfield market, so there were probably no complaints. Besides like everywhere else in Raveland, the police didn’t seem to know what was going on. In that legal hiatus before music comprised of repetitive beats were outlawed, closing down parties wasn’t the police’s priority. Those times were like living in Party Wild West Central.

Spool forwards to Berlin ’92. Kate and I are at Berlin’s Free University. Never was there a more fascinating time to live in one of the most interesting cities on the planet. Berlin’s steeped in History. The Wall came down in November ’89. The two nations, East and West Germany reunited. East Germans, immediately recognisable by dodgy mullet or lion haircuts, garish make up, driving Duroplast plastic Trabants, flooded into West Germany and West Berlin.

You can be excused for thinking Berlin straddled the old East/West border. Nein. West Berlin surrounded by The Wall was an island in communist East Germany, far nearer Poland than democratic West Germany. The Berlin wall was actually made up of two walls. The area in between termed No Man’s Land had been the domain of tank traps, land mines, German Shepherd attack dogs, barbed wire and sharpshooters in watchtowers aiming to kill. So what better place for a club? 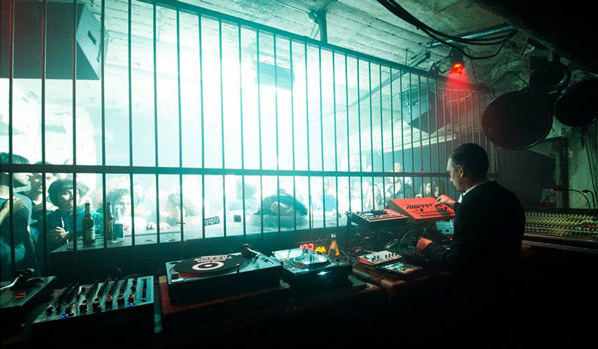 The aroma was thickly musty. The hellish sound system was ear-splittingly divine. The smoke filled, stroboscopic air was so thick you could hardly see. But you’d feel the energy of the low ceiling, anarchic space, thronged with manic ravers. The vault’s iron bars were still in place, as were extended rows of rusting safe deposit boxes clinging to the walls. Tresor was hot, sweat drenched and reverberated with iron-fisted Techno. We loved it. Techno was Berlin’s soundtrack and I’m proud to say that I’ve worshipped at techno’s high altar, with East and West Berliners partying together as equals, in this place without borders.

With the fall of the East German government, even the police didn’t know what was or wasn’t allowed. Unhindered, Tresor partied on. Even Detroit’s techno gods including Jess Mills and Juan Atkins flew in to play, completing the feedback loop; techno made in Detriot, played in Berlin by Detriot DJ/producers. Come ’94/’95 even jungle was played within these walls.

Of course, it couldn’t last. Germany’s reunited government returned to Berlin. The land was sold to developers. Police raided and shut Tresor with paramilitary-like force in 2002. And legendary Tresor was demolished to make way for luxury shops and apartments. Sound familiar? Tresor was not only the most important club in Germany, it was one of the most important clubs in Club History. Just glad I was in the right place at the right time.